5 of the Best Places to Eat Street Food in Hanoi, Vietnam 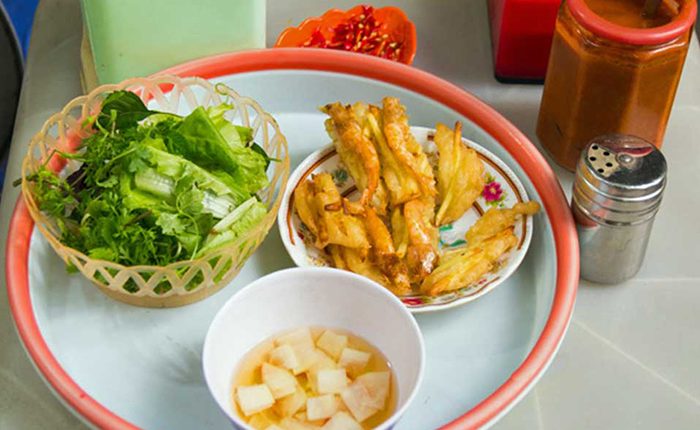 Vietnam’s capital city, Hanoi, has plenty of sights to appeal to visitors – Ho Chi Minh Mausoleum, One-Pillar Pagoda, the old quarter with its bustling streets – but if you really want to understand the Vietnamese people and their culture, you’ll need to delve deep into its street food.

Hanoi’s food scene can be overwhelming with its mix of smells and tastes but it’s well worth exploring since it’s one of the freshest, healthiest and most flavorful cuisines in the world.

Let us guide you to five of the hottest spots where you can eat like (and together with) the locals.

Bánh cuốn is one of Hanoi’s favorite breakfast items and essential to any list of must-try Vietnamese dishes.

By itself, the pale white rice batter is silky smooth and soft but otherwise rather bland. Flavor and texture come from a filling of seasoned ground pork, mushrooms, and shallots. The rice noodle roll isserved with a separate bowl of clear amber dipping sauce, nước chấm, which is essentially fish sauce. 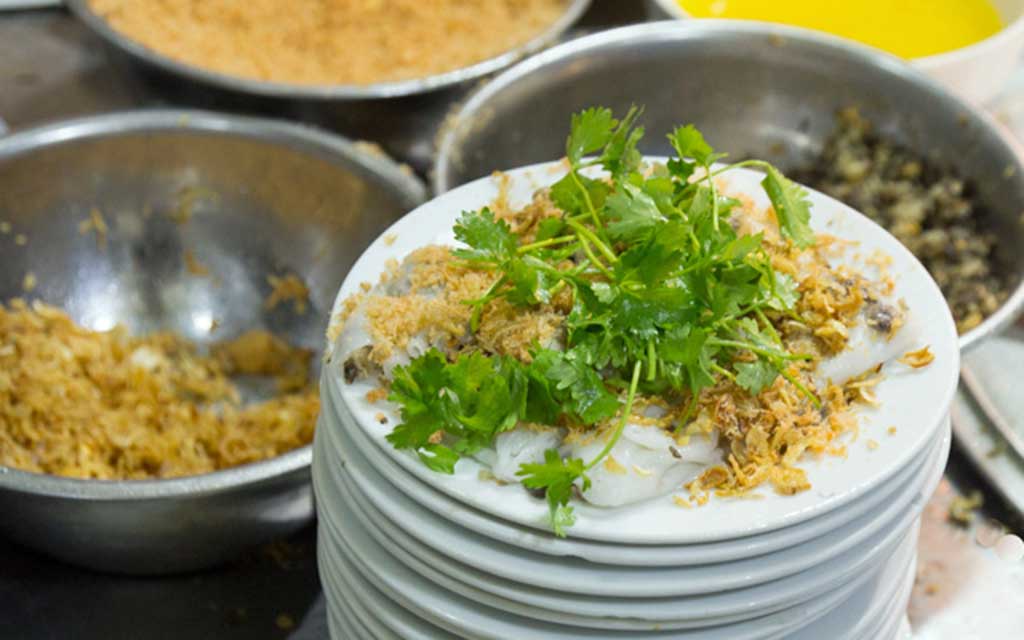 Banh Tom is another Vietnamese dish originating from Hanoi. It’s made of battered and deep-fried sweet potato and shrimp.

The bright orange color comes from the natural flesh of the sweet potato and a bit of turmeric powder in the batter. Often served as an appetizer, Banh Tom is commonly wrapped with lettuce, herbs, and pickled vegetables and dipped in nuoc mam cham dipping sauce. 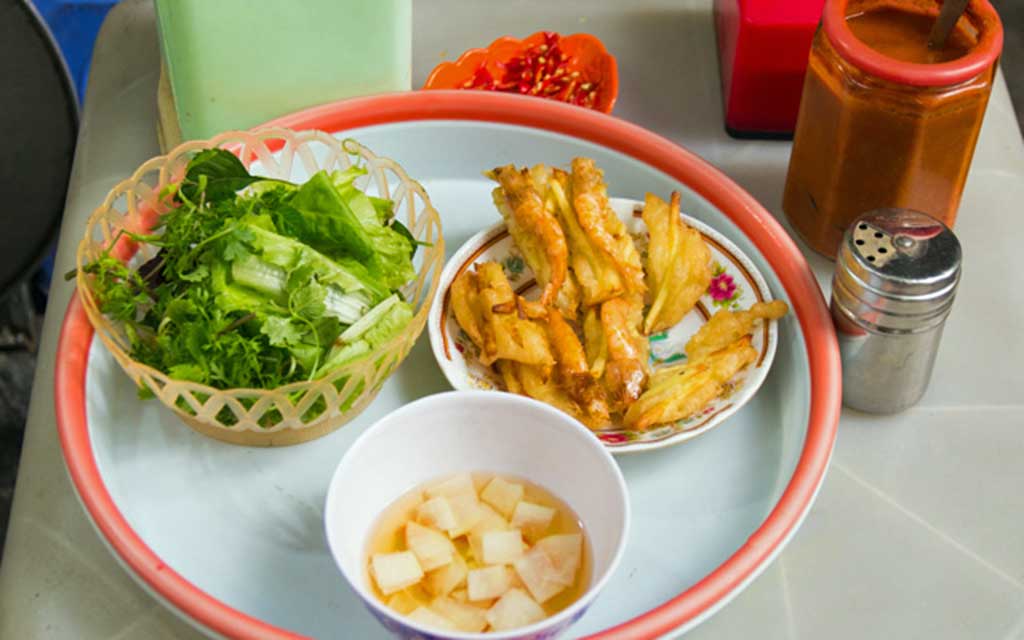 Bia hoi is a special type of homemade beer, unpreserved, brewed daily and delivered in kegs to local businesses. Unlike canned or bottled beer, Bia hoi should be consumed the day after it leaves the factory. It’s brand-less and very cheap compared to Western-style beers.

Locals form a long queue every morning at Pho Gia Truyen, the most famous place in the old quarter for a delicious bowl of Pho Bo.

Pho Bo is arguably the most well-known of all Vietnamese soups. It was inspired by French settlers who commonly ate beef, where Vietnamese traditionally preferred pork, chicken, and fish (whilst using cattle as work animals). Since the beginning of the twentieth century, the number of soup kitchens has risen significantly and Pho Bo has become the favorite dish for breakfast and dinner in Hanoi, and throughout Vietnam. 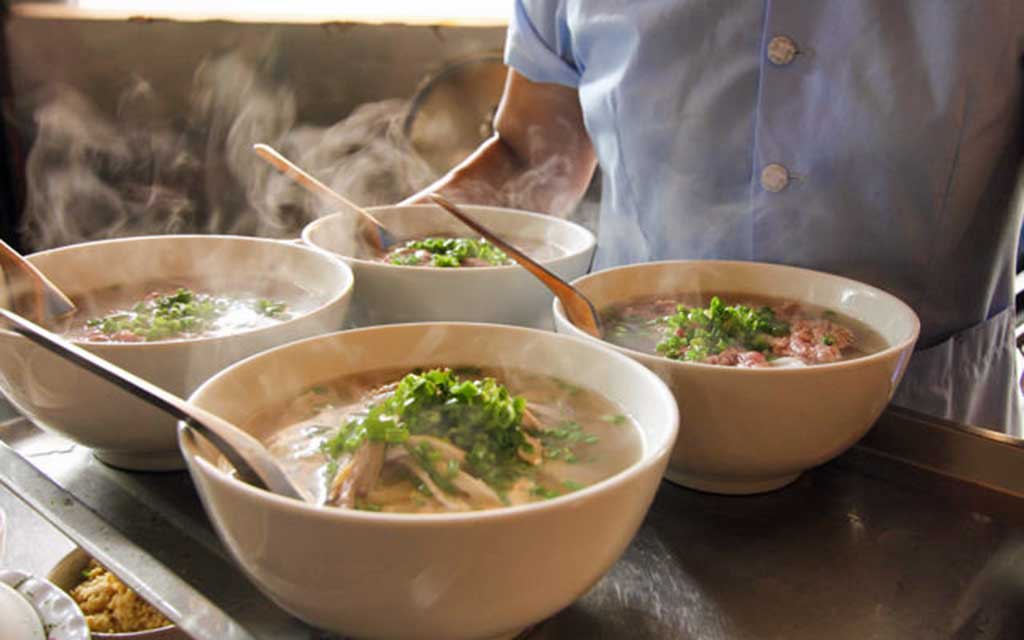 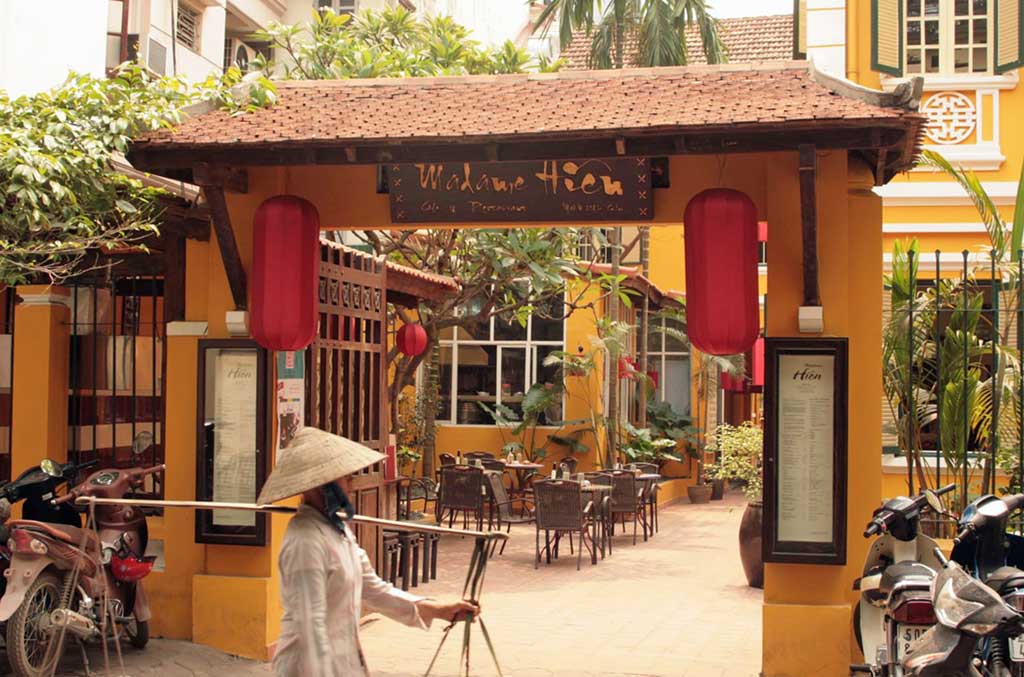