iVina Edu > News > Study corner > Why should not give up learning Vietnamese?

Learning Vietnamese language is hard. In fact, I had an easier time learning Chinese! My problem is not the process itself, but rather the reaction of the people. Is that any reason to give up? Read on to find out why you should not giving up on learning Vietnamese.

Recently, Word magazine published an article with the bottom line:

“Learning Vietnamese is not worth your time.”

For me, this post reminded me of the fact that I actually gave up on learning Vietnamese long ago, but it also brought to my attention again that I actually should resume learning the language.

Why I gave up on learning Vietnamese

I remember the day when I left the airport in Hanoi and set foot on Vietnamese ground for the first time. I was eager to learn more about the Vietnamese language. Not that I really intended to stay in Vietnam, mind. That occurred to me much later. But before, when I was in China, I came in contact with tonal languages and it was an amazing experience. 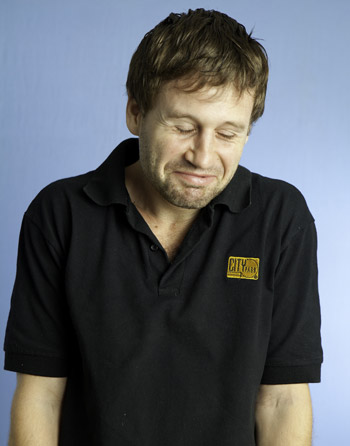 During my rather short stay in Hanoi and Ninh Binh, I asked more language-related questions than you can write down on a cow’s hide, even if you use small letters. And I learned much about the culture that goes hand in hand with the language. Since my conversation partner was the waitress of a traditional Vietnamese restaurant, the vocabulary was mostly related to food, which suits me well for I am a foodie anyway.

However, when I left the North and went to Da Nang, I tried to use my recently acquired words and met only blank faces. The language didn’t work. Sure, the tones in Vietnamese are different than in Chinese, but that could not be the problem, now could it?

I started over again, asking questions. And there I discovered that the dialect in the Center differs from the dialect they use in the North of Vietnam. Together with my newbie-accent, it was next to impossible for the people to understand by babbling.

It was hard enough to make myself half understood in the language they speak in Da Nang andentually I moved further south to Saigon.

Now, the Saigonese are quite friendly, so the first couple of times I ordered food in Vietnamese, the waitress just smiled and nodded and I thought Yes! There is progress, they understand!

When they kept smiling and nodding without any move towards the kitchen whatsoever, I realized that there was absolutely zero progress and people didn’t even recognize that I tried to speak their language. During almost two years in Ho Chi Minh City, I repeatedly attempted to learn a few essential phrases, every single time I was met with blank faces or smile-nodding. A few times I got cheerful laughter as a response, without any move to correct my spelling.

I speak several languages, two of them fluent and whenever I learned to communicate in a new tongue, people were helpful in correcting my countless mistakes. After five weeks in China, I managed basic conversations with the locals, such as name, age and country of origin, asking for the price and so forth.

In Vietnam I have to repeat a single word 4 times until it gets recognized. And that’s still happening after two years.

I do, however, understand a lot. So recently when this Xe Om guy thought of himself as incredibly funny, calling “Heo, heo, heo!” instead of “Hello” to get my attention, I had the choice of calling him names in return or just ignore him.

Heo means pig. And I opted for ignoring the odd guy.

The most annoying thing however, is if I go and try to buy small things, like a regular banh mi at a stall that sells banh mi only. I go there and order a banh mi at the banh mi stall and the banh mi lady has not the slightest clue what I want.

Sure, I want delicately steamed lobster tails on saffron-scented basmati rice with a topping of alba truffle cream. That’s why I came to the banh mi stall. I mean she does have banh mi and nothing else, so what would I possibly want to buy there?

If it’s actually easier to communicate in body language than the local tongue, faster to act out a scenario than attempting to talk, then learning the Vietnamese language is a total waste of time.

Yes, it is incredibly rude to tell a whole nation, a whole culture, that their language is useless in an international context.

You can justify studying Mandarin Chinese for economical reasons, you can label yourself as Otaku and dive into Japanese pop culture by getting your fix of hiragana, katakana and if you are exceptionally crazy, some kanji.

But Vietnamese? Come on, as soon as you cross the border, this skill is as useless as stone skipping.

Is learning really that useless?

Well… things have changed, and by the looks of it, I will spend a significant amount of my life in Vietnam. Living here without the ability to communicate in Vietnamese might work in Saigon’s District One or Hanoi’s Hoan Kiem area, where you can expect anybody with whom you want to have business of some kind to speak at least rudimentary English.

Coming back to the article in Word magazine “Learning Vietnamese is not worth your time,” I’d say that there are many things we have to learn in our life that actually are not worth our time.

I learned Latin back in school, but lacking a working time machine I never travelled to ancient Pompeii so far.

I learned infinitesimal calculus and it is so useless in daily life if you are not an astrophysicist, that I actually forgot it the hour I received my diploma. I learned how to beat Barracoon the Piper solo in Ultima Online, a skill that’s so ultimately useless even mentioning it here makes no sense.

I think learning a language is always a good thing to invest time on, especially if it opens a communication channel to roughly 90 million people..

Why I should resume learning Vietnamese nonetheless

But what about the outer districts or even the countryside? The places where a westerner is still an exotic object of interest, something the elderly people curiously stare at and the children gather around, glad for an experience to brag about at school the next day? 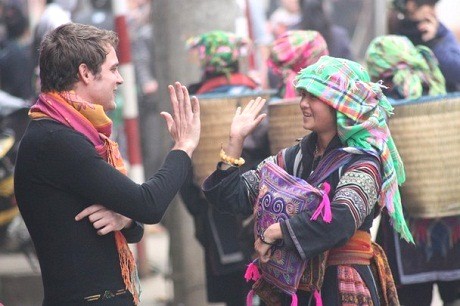 In these areas, nobody speaks English, so if you don’t speak at least the basics of the Vietnamese language you are pretty lonely indeed.

The other reason to learn Vietnamese is the culture. Everybody who spent some time in a foreign country and bothered to learn the local language knows this incredible lightbulb moment when you realize how the language outlines cultural habits. Details you usually wouldn’t have noticed, but now begin to understand and everything gets clearer.

I still remember some of these enlightening moments from the time when I studied Chinese. So many odd customs appeared clearer in their linguistic context than without. The same thing is true for the Vietnamese language. How people in Vietnam address each other, like Em, Anh, Chi and so forth – shows you a great deal about how the Vietnamese society works. The language is the key to understanding.

But the greatest surprise is that people in remote areas tend to understand much more of my talking attempts than those used to tourists.

How is that possible?

Well… I guess my accent must be so weird, that many people just take it as some strange, outlandish language, some odd version of English. And that’s what they expect me to project. People who speak only Vietnamese however are more likely to anticipate that my mumbo-jumbo is intended to be Vietnamese after all. They perk up their ears and give me a chance.

Yes, people can spend a lifetime in Vietnam without speaking a word of the Vietnamese language. Understanding vintage poetry and ancient idioms is not an essential survival skill, but I believe that every word you learn greatly helps with understanding the Vietnamese culture.

So maybe there is hope for me learning the Vietnamese language after all and I don’t have to be a mute for the rest of my life.

Looks like I won’t give up learning Vietnamese after all.